Expectations of a Catholic Graduate

Catholic education views human life as an integration of body, mind, and spirit. Rooted in this vision, Catholic education fosters the search for knowledge as a lifelong spiritual and academic quest. The expectations of Catholic graduates, therefore, are described not only in terms of knowledge and skills, but in terms of values, attitudes and actions. Students on a journey toward graduation from a Catholic school are challenged to meet the Catholic Graduate Expectations, listed below. The Institute for Catholic Education explains more about the value of these expectations, here:

“The launch of the Ontario Catholic School Graduate Expectations was imbued with the hope that in them, all members of the Catholic education community in Ontario would recognize themselves. Whether inside or outside the classroom; in both the elementary and secondary panels; from Board rooms to playing fields; from conversations among parents to those between the members of Catholic professional associations; these expectations have succeeded in giving to us all a language that has brought a higher degree of clarity and a renewed sense of the distinctiveness and purpose that is publicly funded Catholic education.”

This image of the learner was developed by The Institute for Catholic Education in consultation with representatives of the Catholic community across Ontario. The life roles, knowledge, skills and attitudes outlined here describe the distinctive expectations that the Catholic community has for graduates of Catholic secondary schools. These expectations are based on research which identified current and future educational goals and priorities across the province. The Catholic Graduate Expectations are meant to provide a snap shot of this diversity and in no way claims to reflect the richness that is to be found throughout the Catholic school system.

A graduate is expected to be: 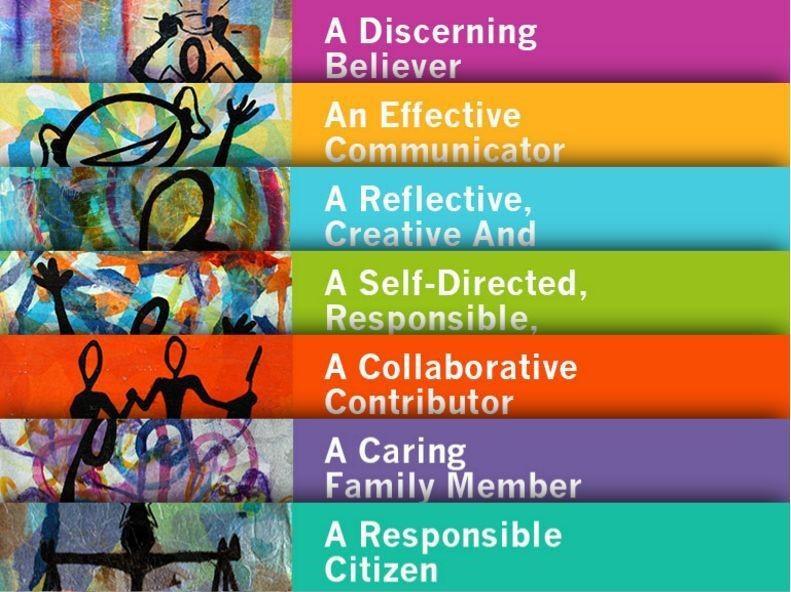